What is a Camshaft in Cars: A Detailed Guideline You Need To Know

Camshafts are important mechanical components of the combustion system of a car that functions in controlling the movement of valves within the car’s engine. This article aims to give you a better understanding of what a car camshaft is, along with its different parts, working principles, types, and suitable methods for manufacturing it. 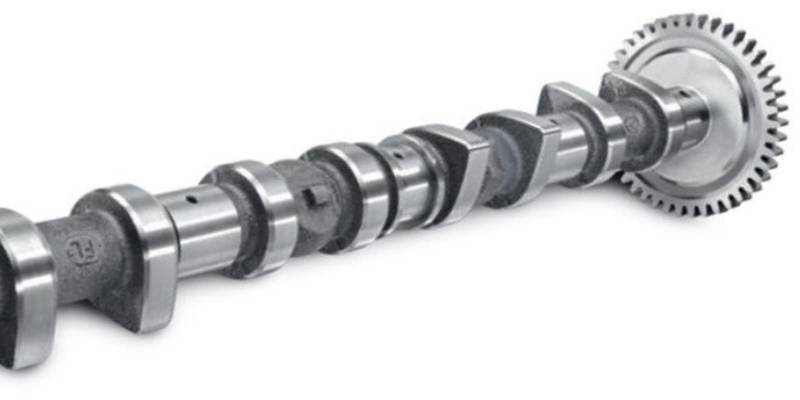 What is a Camshaft?

A camshaft is a metal horizontal bar that has either iron or steel as its main parts located on top of the cylinders above the engine. It functions in the intermixing of air with fuel and out of the combustion structure, i.e., to transform rotational motion into linear motion.

Parts of A Camshaft

Like other car parts, the camshaft comprises various parts, some of which include: 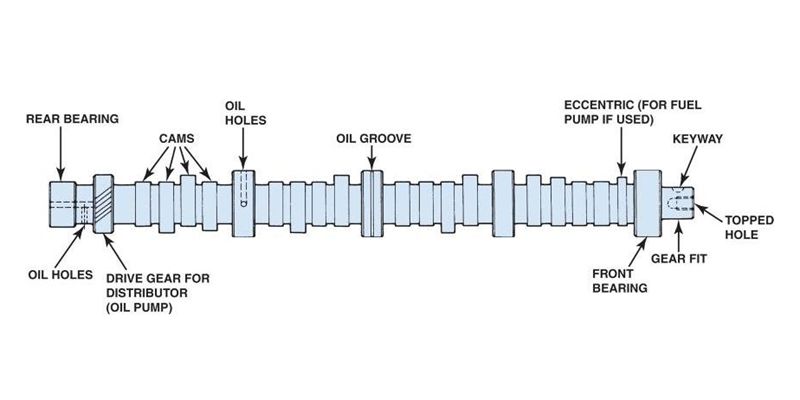 Cam: This is the most important part of a camshaft. It is responsible for the closing and opening of the valves.

Cam follower: the part of the camshaft that has been driven.

Driveshaft: This feature enables movement of the whole camshaft’s structure, and we see it linked with a belt to another engine’s part called the crankshaft or works autonomously.

Shaft: This is the supporting component of the camshaft, and it binds the other parts together. It can endure stressful workloads while the combustion engine is running.

Bearings: This part makes sure that the shaft is in its upright position. It is also an important component because it helps reduce friction when the camshaft is in operation. Additionally, it has a special tool for replacing the oil in the camshaft.

Lobes: This structure provides the camshaft with the opportunity to exchange fuel-filled gases. Also, the lobes’ speed is relative to the engine’s speed.

Working Principles of A Camshaft

In the intake stroke, when the intake valve completely opens air and fuel are taken into the cylinder responsible for combustion. As the crank begins to rotate, the piston starts moving in the upward direction with both valves closed into the second stroke of the combustion engine (compression stroke). The spark plug projects some level of crank motion BTDC (before the top dead center). When the piston finally reaches the TDC (top dead center), thermal expansion in combination with combustion is in progress.

Furthermore, at very high speeds, the flame fires across the top layer of the pistol. The thermal energy working on the piston works on the connecting rod and crankshaft journal, thereby converting linear motion into rotational motion. When the crankshaft returns, the piston moves back to the upper stroke, which brings out hot, fuel-mixed air through the exhaust valve. This valve action is the result of cam lobe actions against the pushrod, rocker arm, lifter, and valve stem.

Types Of Camshafts In Car Engines

There are different types of camshafts each categorized based on the following:

Based On Lifters Used By The Camshafts

In car engines, there are two major types of camshafts based on the lifters used; they include:

This camshaft is a very old technology that has been in the automobile industry for years. They are, however, very affordable, produce a high amount of power, and do not wear out over time, which means there is no need for special maintenance. In addition, this type of camshaft must work with hydraulic lifters or followers. It also makes use of an oil-coated plunger to protect the valves.

In terms of appearance, the flat tappet camshafts look flat at first glance, but with further inspection, their complex geometry becomes noticeable. Moreover, the face of the hydraulic lifters on the flat tappet has a big circular cross-section. On the other hand, the taper makes sure the lobe is well confined. This makes the tappet run well during rotation.

As the name implies, this type of camshaft uses a roller wheel (cam follower) and a tappet for its operations. It literally only rolls across the lobe of the camshaft. Roller camshafts are more expensive than flat tappets, but they also produce more power and last longer.

In addition, roller camshafts can reduce friction and produce a more curved ramp in the camshaft, which increases the time frame. In contrast to flat-tappet camshafts that require break-in processes, roller camshafts do not need break-in.

When it comes to prices, mechanical camshafts are cheaper than hydraulic roller camshafts, and they also produce quite a bit of power, which makes the industry consider them a standard power generator. But its disadvantage is that it requires constant maintenance.

Based On the Camshaft’s Shape

From its name, it is cylindrical in shape, and it is also known as a barrel or drum cam. Its surface has a groove cut into it, which the cam follower makes use of for motion.

This can also be known as a “disc clam.” It has an axis that is directly normal to the follower’s movement path. Also, radical Camshafts possess a shapeless contour plate that transforms the motion of the cam into that of the cam follower.

A conjugate camshaft comprises two rollers that connect the cam follower or driver together. These rollers restrict the motion of other parts, which results in the elimination of noise for quiet machine processes. They are most suitable in areas that require the silent operation of the camshaft.

They are spherical in shape. A groove is located on the curved design. In this type of camshaft, the speed of the cam follower is perpendicular to the rotational part of the spherical cam.

Their endpoints are very sharp, along with a wide basement. However, in wedge cams, the driver moves in a sliding manner in relation to the camshaft.

Camshafts come from quite a range of metals with the type of material used determining properties such as durability. Below is a list of materials camshafts you can consider:

This material falls under grade 17 cast iron and it also consists of about 1% chrome to produce a range of 5-7% carbide. Hardenable iron can serve as a substitute for steel camshafts. It is applicable in areas where there is an overflow of oil.

It also contains 1% chrome, like hardenable iron. This material is more compatible with the casting process of manufacturing camshafts and is suitable for manufacturing high-quality and large quantities of OHC operating camshafts. However, It’s more expensive than the other types of cast iron, it has strong resistance to unfavorable conditions.

EN 40B is the best option for camshafts. It is the steel version of chilled iron known for its hard surface finish and is one of the few lightweight automotive part materials. 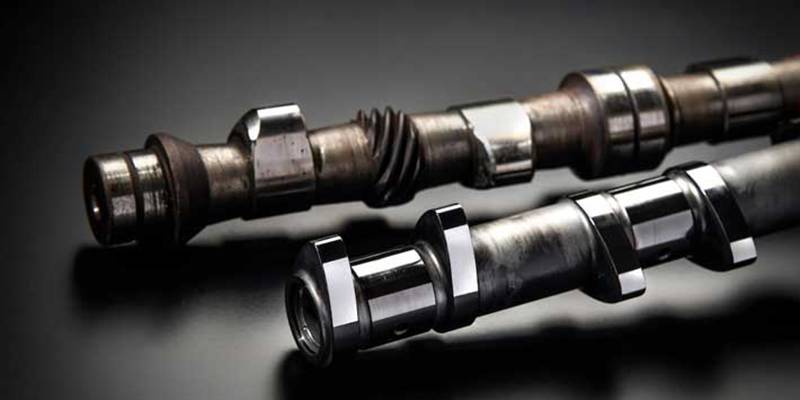 Failure of  Camshaft and Possible Solutions

Just like other machine parts, camshafts also have their cons, and a worn camshaft can increase the damage risk to other parts of the car like the cylinder head, crankshaft, etc. The following are ways to recognize possible failures in a camshaft:

This is a type of warning light that comes on when the car’s technology discovers a problem that might lead to serious damage or misfire. The check engine light serves as a diagnostic tool for checking the problems in the engine of a vehicle.

This is one of the most significant symptoms of a bad camshaft. The valve train starts producing strange sounds when it starts failing. However, the strange sounds are mostly because of reduced efficiency in hydraulic lifters than problems associated with the cam lobes.

Metal Particles in the Engine Oil

A failed camshaft can lead to the spread of metal debris across the car’s engine. Most of the time, the metal debris is not visible on the dipstick, but after pouring the oil out, there may be metal particles or debris.

When a camshaft is damaged, it results in misfires in the car’s engine, which also lead to an increase in emissions.

Worn lobes and scored journals are all visible signs of failed conditions that have spoiled the camshaft.

A damaged camshaft is fixable especially when you know how a camshaft work. However, it is always better to consult a professional for appropriate repairs. This is a result of detecting the problem and providing the best solutions to fix the camshaft’s issues. However, based on the damages caused by wear and tear, the following are possible solutions:

Get a New Camshaft

Aside from knowing how the camshaft and crankshaft function, the best solution when you have a damaged camshaft is to get a new one. Getting a new camshaft will remove the tendency of past problems. However, it can be quite expensive to buy a new camshaft. You should consider getting a new one when you have a broken lobe, the wear on the lobe is excessive, the case hardening depth is too small, or the camshaft has a bent shape.

Having your damaged engine camshaft properly machined is a far less expensive solution compared to the first. However, the degree of damage can determine whether the method is viable and the price of remanufacturing. Proper rebuilding is possible for camshafts with worn lobes.

Welding is suitable for rebuilding a camshaft with wear (although not too much). It involves adding a harder material to fill in the worn part and grinding it to meet the proper specifications. 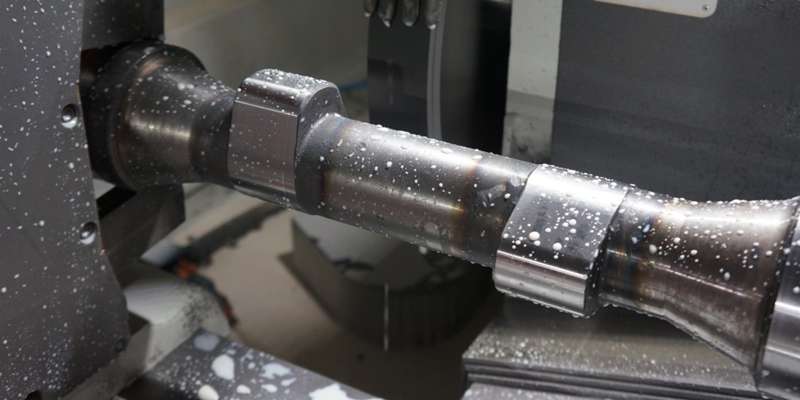 There should be much consideration during camshafts production due to their functions. There are two manufacturing processes suitable for parts such as camshafts:

Casting is a popular metal-forming process that involves melting the metal and allowing it to cool in a die. In camshaft manufacturing, chilled cast iron is the basic material for manufacturing camshafts. Additionally, elements like copper, nickel, vanadium, silicon, and molybdenum can also serve as additional materials to improve its machinability and preserve its carbide attributes.

There are several types of casting: die casting, vacuum casting, sand casting, etc., and it is better to talk to a professional to avoid an unsuccessful operation.

CNC machining is a subtractive method that involves using computer-controlled tools to remove part of a material and make a final product. It is also applicable in making gear, and cylinder heads, and is the better method in terms of meeting the appropriate design specifications. It uses various machine tools and techniques to create different designs of camshafts.

Car parts are delicate components that require advanced manufacturing processes. At WayKen, you have easy access to quality CNC machining and other machining operations. From prototyping to full production, our skilled teams will advise and help you deliver the highest quality job.

We offer our services at a price and short lead time. With WayKen as your part manufacturer, you will have experts that can you transform your ideas into reality by handling resources efficiently and creating car parts that are up to standards. Just upload your CAD files today!

What is the function of a camshaft?

What is the relationship between the camshaft and the crankshaft?

Through combustion, the camshaft opens and closes the valves, and the crankshaft transmits the energy obtained for the process to other parts of the car.

What are the applications of a camshaft?

The application of a camshaft is mainly in the combustion engine. They can also apply in areas where there is a need to convert rotary motion to linear motion. 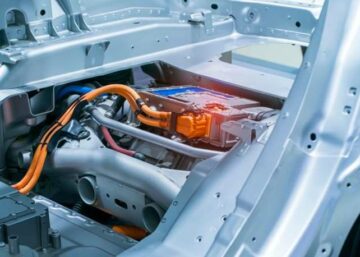 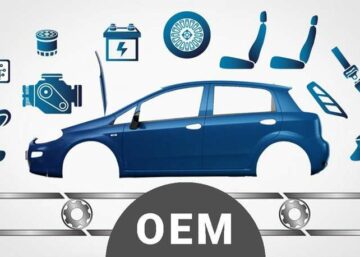 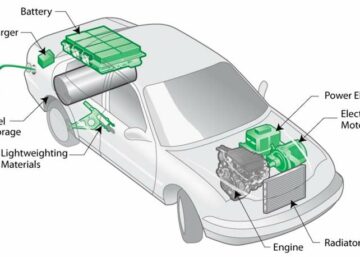 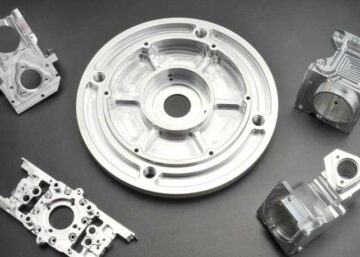